It’s Only Love – Give It Away

The 2nd in a 5 part series talking my way through anxiety and depression.

I saw this telephone box in Camden Market for the first time a few months ago and the quote on the sticker has been in my mind ever since. Every time I go back to Camden I go back and look at it, hoping to understand it a little bit more.

When I first read it, I was feeling a bit brighter,  a bit fuller, and lighter. I read the quote in a way that fit where I was. That love is something we can all give, we can all share with other people and it’s not hard to do.  That we can have it in abundance and give it in abundance and it will just trickle through and grow like roots of a big tree and grow into something good for all those that get to have it. That it’s free to give and free to receive and yet it’s valuable.

I’ve always been that way, one to give love freely, in a non-sexualized way of course. I’ve always been the type to share the love or goodness I have for the world, for other people, for little things that make me feel happy, to share it easily with other people. For me, it fits the quote on the sticker. It’s just love, it’s just goodness, why shouldn’t we give it away ? In a time when so many people feel insecure, or lost or lonely, why wouldn’t I want to give the love that I have and throw it out into the world like seeds in a garden?

Recently though, I’ve had a harder time tending to that garden of optimism. 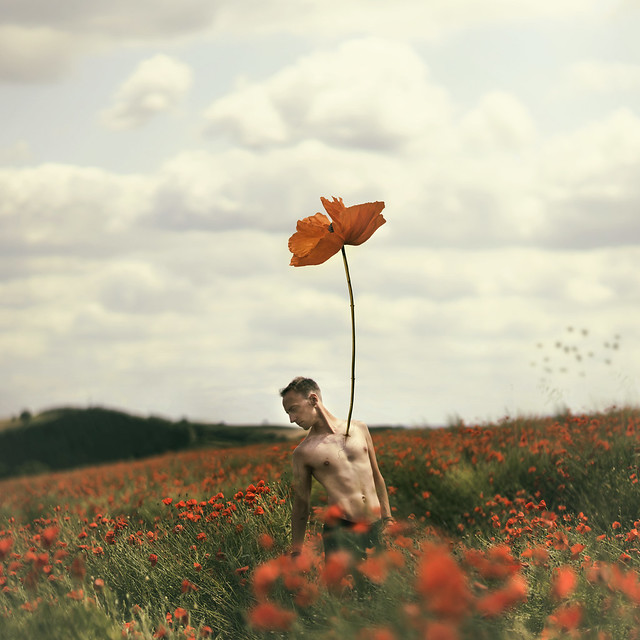 When I went back to see the sticker a few days ago, I read it in a totally way. That it’s just love, it’s just something that we don’t value anymore and it’s easy to just give it away to those that don’t value it. Like a one cent coin dropped in the street. That it’s just a 4 letter word, an idea not a real thing. It’s interesting to be able to interpret six words in two totally different ways. Two totally different views and mindsets.  Lately  I’ve been trying to give that love, that happiness or that kindness to people that don’t seem to have value in it. Maybe they see it not as a valued currency but maybe more of a transparent exchange without any weight.

For me, I know that my mind and my heart follows the first way I read the sticker. That it’s love, and it’s good, and it should be given freely.  I’ve been called naive, silly, foolish, for following my heart. For believing that good exists and for wanting to share it. For being spontaneous and giving without thought.  Each time that happened, each time it went unnoticed or without acknowledgment I felt a bit like a flower had just been ripped by the roots out of the garden that made up my way of thinking. That all the effort I was trying to do to put good out into the world was just being used up and not replaced.  It’s only “love”, but it’s attached to time and energy and emotion.

For the last few weeks one of the triggers for my anxiety has been trying to choose which side to fall on. It feels like it’s me standing at a sign post and deciding which direction I should follow. One arrow points down to an apathetic path, just keeping everything to myself and keeping my cards close to my chest. One points to isolation just avoiding situations altogether, one points to being careless.   But the biggest arrow, that feels most like myself is the one that says that I should keep tending the garden. Keep trying give love away because people need it and it’s valuable. It can be tiring though, when the value isn’t recognized. 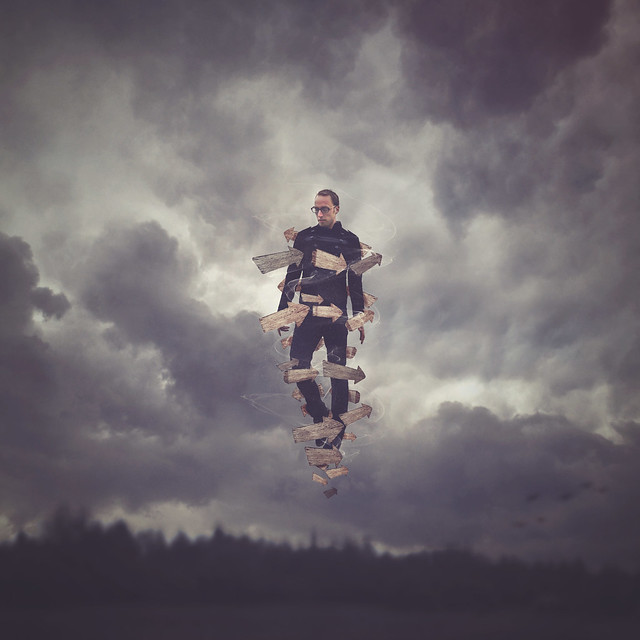 What I’m  learning in this thinking, this decision making, is that I just need to give love in different amounts. Not every flower has to be the biggest one in the garden, that for some love is a small token, maybe one that’ll never be returned.  For others maybe it’s a bit more and it will build them up until they’re full enough to share their own with other people. Some may never feel confident enough to give theirs away, maybe they’ve never felt it inside so they don’t know what it feels like. But I believe very strongly that we can only act on behalf of ourselves, what feels right for our own heart. And for me, being kind is what settles my mind and makes it feel good. People have been hurt, I’ve been hurt. People haven’t felt loved, I’ve felt unloved. But there’s strength in helping to build others through shared experience, including sharing that kindness and loving energy.

My anxiety at first was fear that I was making mistakes, in investing kindness in those that didn’t seem to care. Then the anxiety came from being ignored, then it changed to fear that I was just going to have to change who I was in order to fit in with the rest of the world around me, that apathy seemed to get more attention, that playing hard to get was more valuable than openness. My anxiety now rests in feeling frustrated at myself for not just being confident in myself to stay to what I know is my path.

It’s love. It’s not scary, it’s not a bad thing, it’s definitely not worthless. It’s a valuable, universal currency that should be exchanged freely and genuinely.

It’s not just love, but it should be given away.